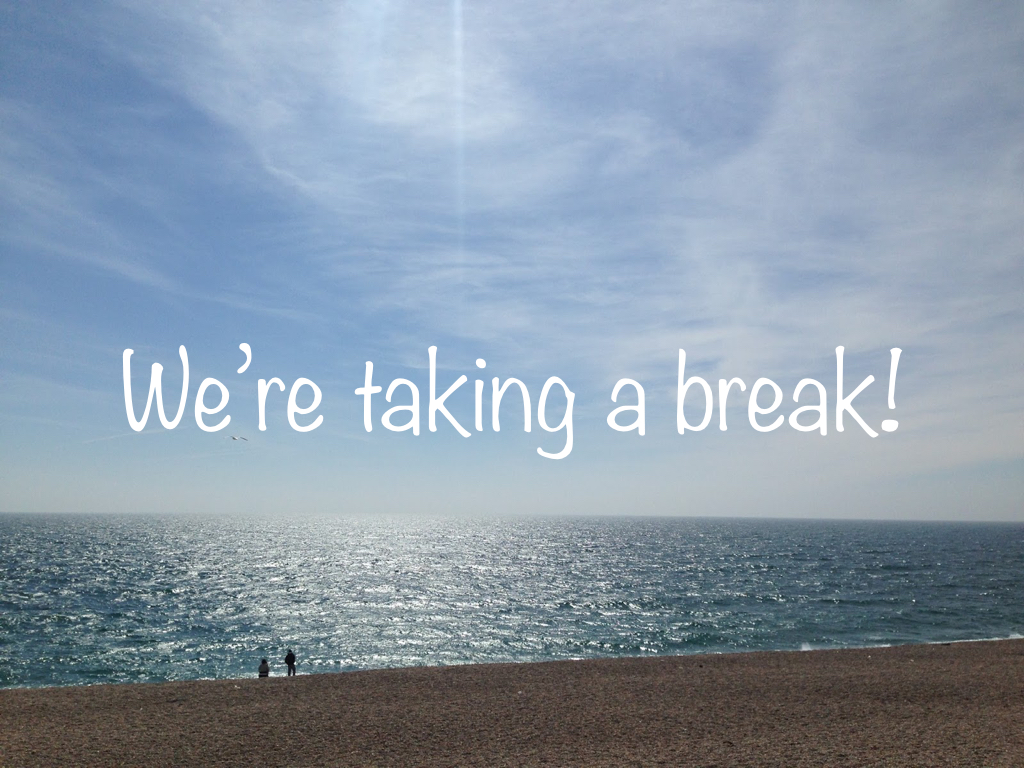 So, after only a few months of running Heavy Denim, I've decided to take a break.

What in God's name will I read now?! I hear all three of you cry - well, you'll be pleased to know I'll still be writing solidly on fashion and lifestyle, over on Buckets and Spades, as well as continuing my food writing on Foodepedia and

The truth is, for a blog to be half-decent, you need to commit to it. With my current writing, work, new projects, and general laziness, it's going to be hard to keep the content flowing.

Thanks to everyone who has had a read; thanks too to all those brands that supported us along the way. We'll be back soon - hopefully - but regardless, see you over on Buckets and Spades!

Email ThisBlogThis!Share to TwitterShare to FacebookShare to Pinterest
Labels: blogging, Buckets and Spades, taking a break 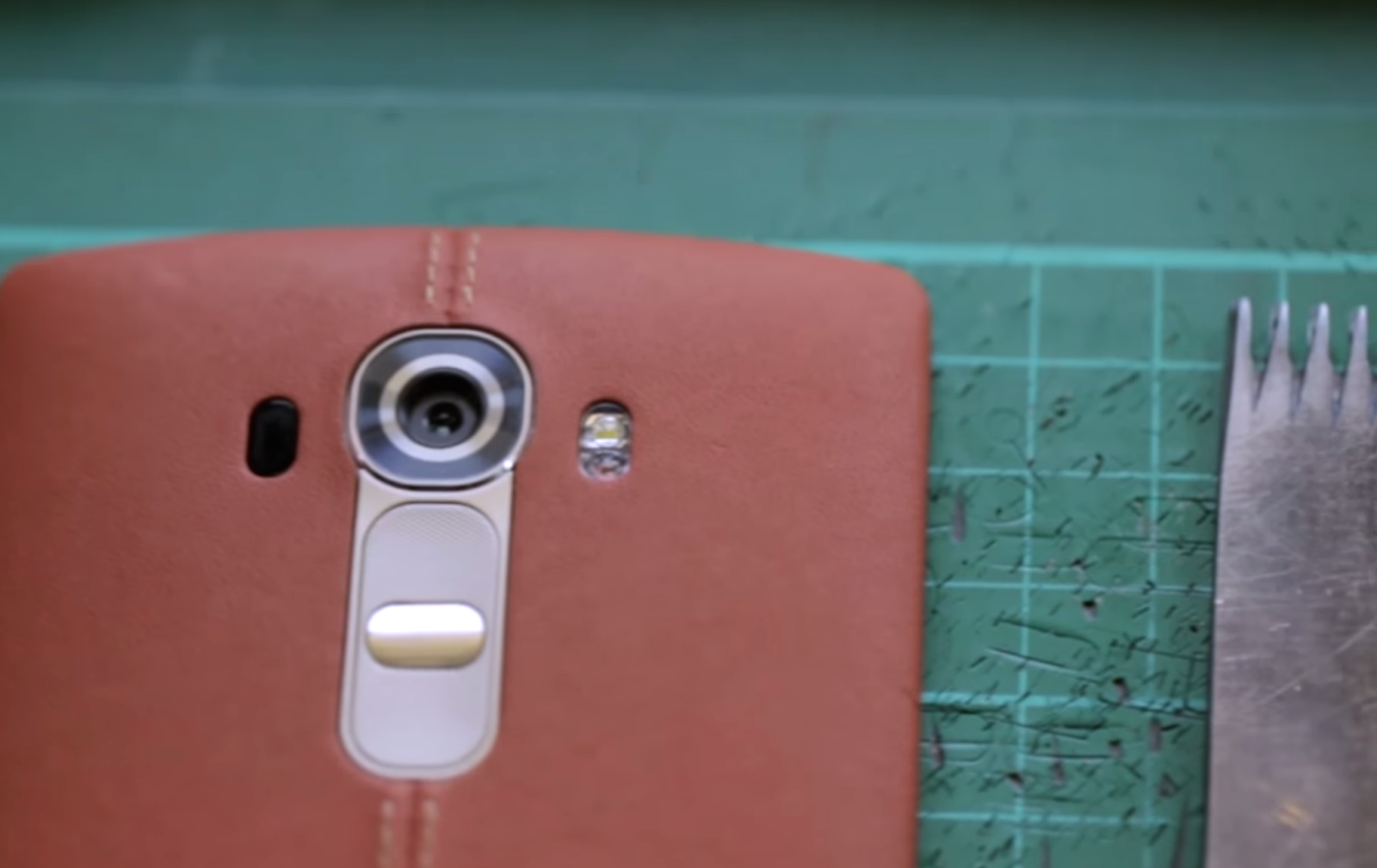 This is going to be a quick one, as I want anyone reading to watch the video.

I'm getting a slight odd obsession with craft videos recently. I've probably watched every single one on BBC Magazine - the font of all craft videos.

There's just something I find very quite calming about watching people talk about their craft. I've no idea why, but clearly their popularity means I'm not the only one.

Anyway, I'll stop rambling and let you watch. This one is an O2 + LG cross-over, discussing leatherwork with Mia Sabel of Sabel Saddlery. 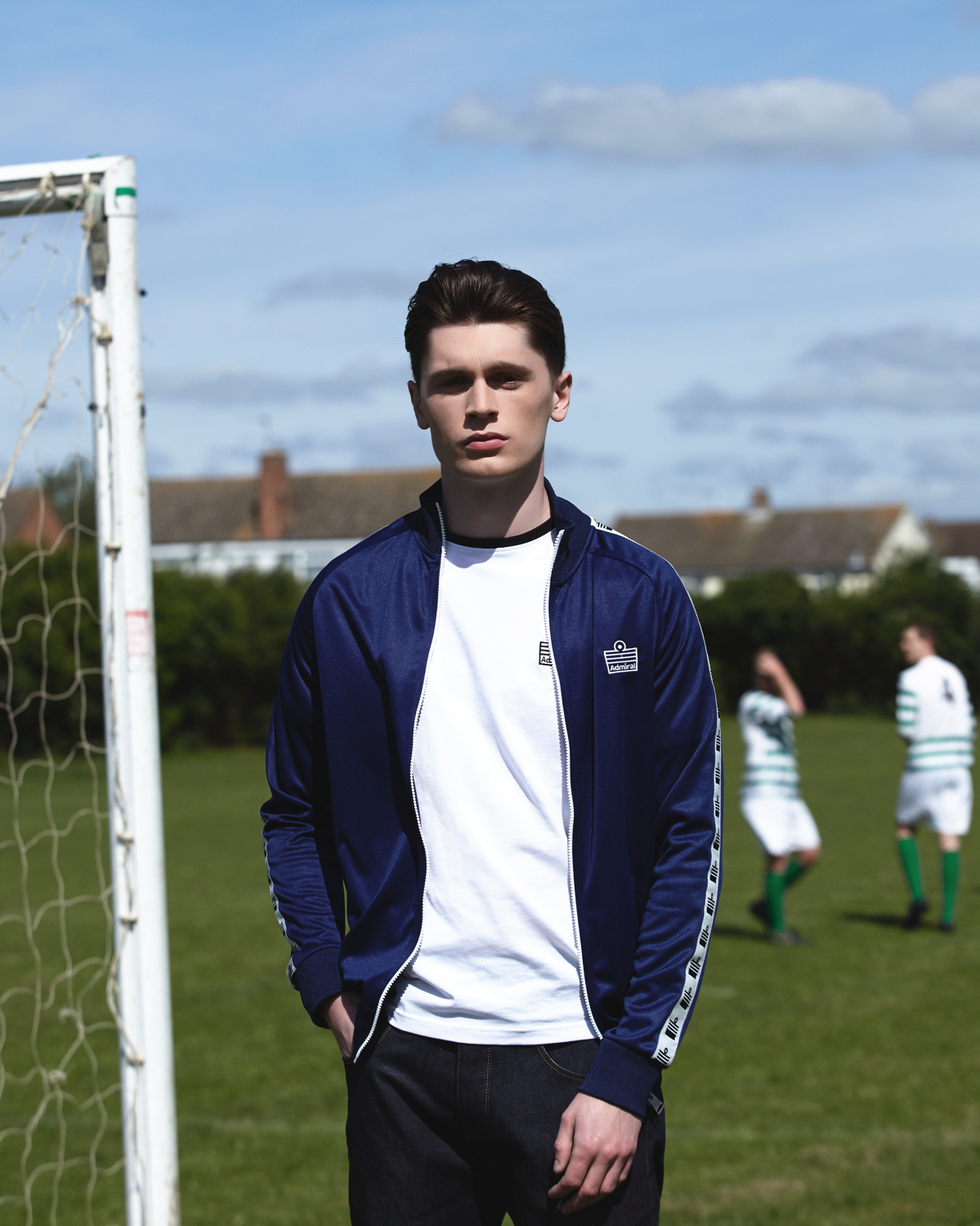 I've never been a suit and tie sort of guy. Even at school, I wore black jeans instead of the regulation trousers. What can I say? Just a middle class rebel without a cause, I guess.

Now don't get me wrong, I like a suit. I own three, it turns out; but when the weather's hot, we can't all be a Top Grain and keep our shirt and tie buttoned up to eleven. 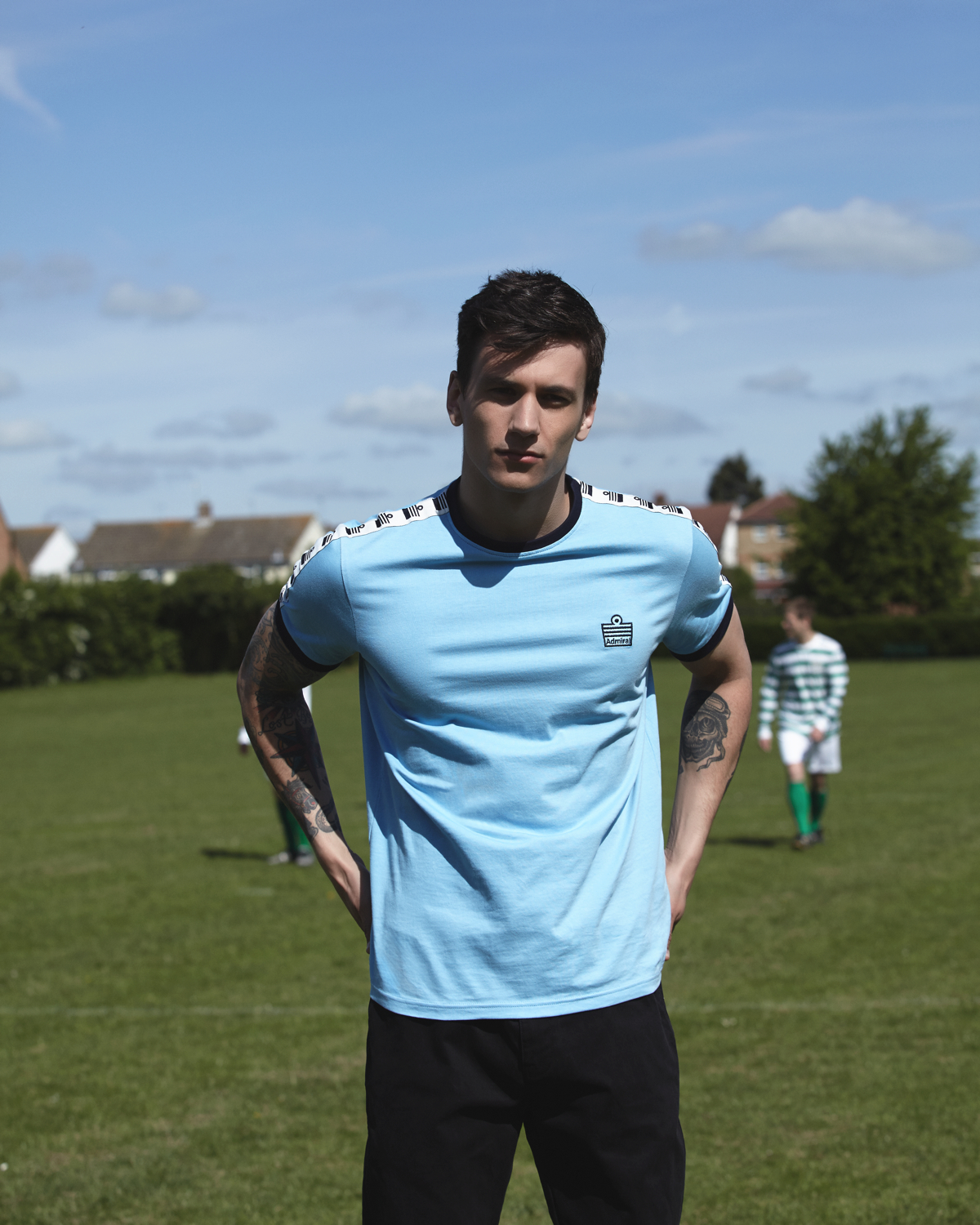 Where am I going with this? Oh yeah, the rise of sportswear. In short, it's cool again - honest! And don't take my word for it, check out this new collection from Admiral: the iconic sportswear brand of the 1970s and 1980s, rejuvenated a few years ago to bring their classic look back to the street (or playing field). 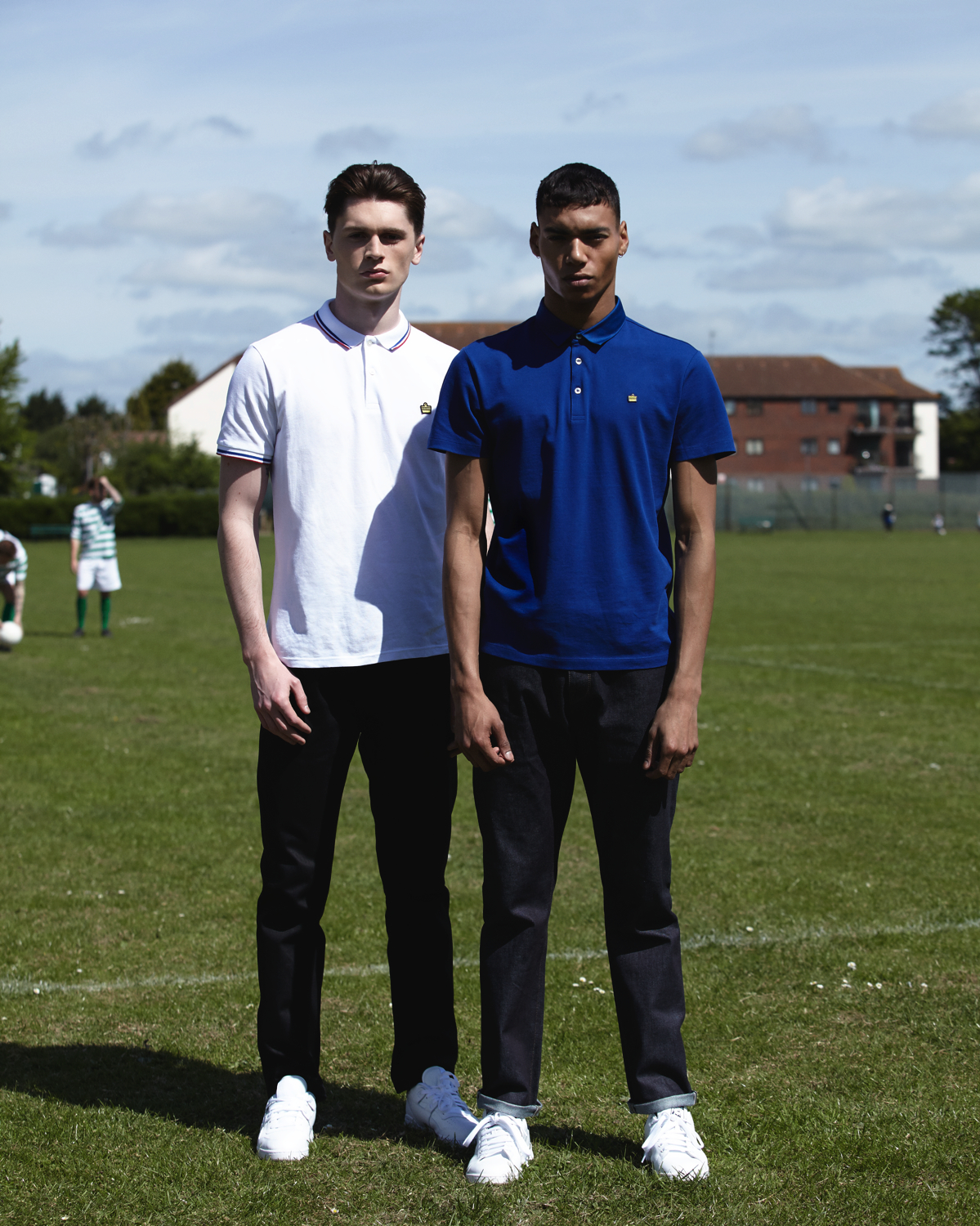 I'm a fan and not least because I'm a sucker for a polo shirt. The t-shirts and jackets too have that perfect cross-over between sports and casual wear. Throw it on for the park and it doesn't matter if you just wind-up drinking in the pub instead...just your ditch the shinpads at the door. 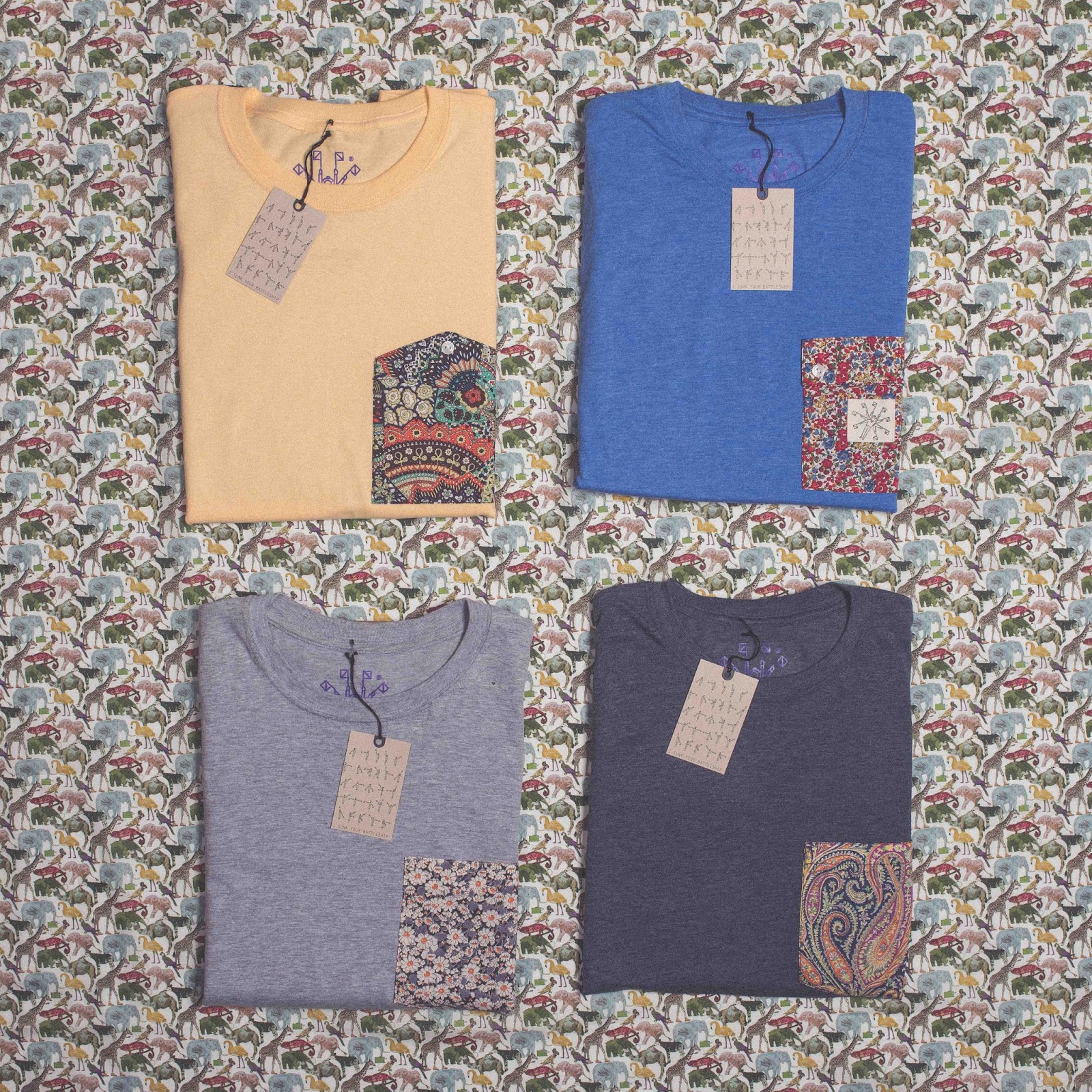 Although I've only visited once - to see some carved wooden gargoyles - even I can recognise a print from Liberty London when I see one. They're bold, colourful, and often quirky.

Fortunately, for those who like them, they seem to be on display in a fair few places now - not just their (justifiably) busy store in Soho. Last year we spotted some Christys' caps flying the Liberty prints and, this year, it's I Sunk Your Battleship who've added a Liberty print or five to their collection. 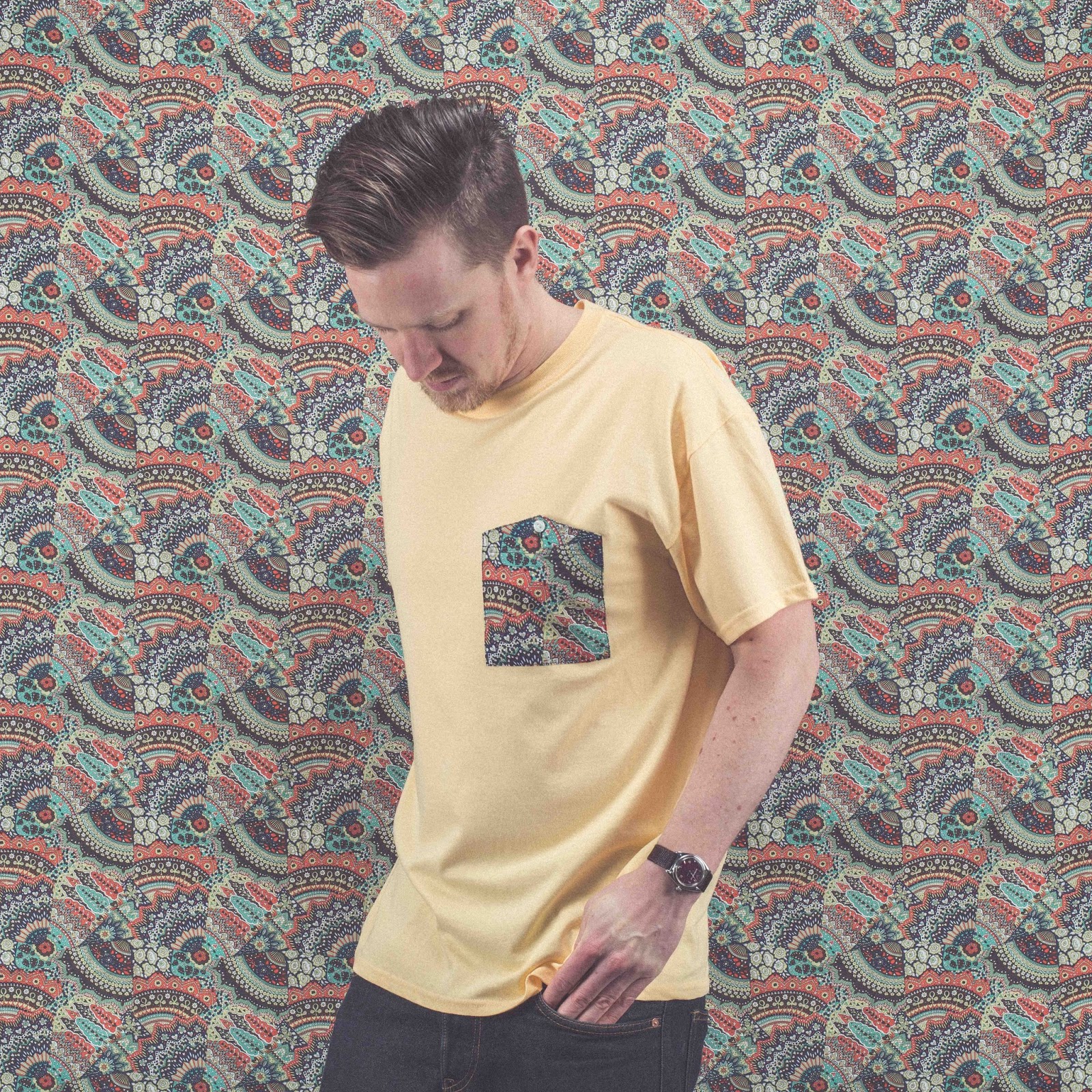 These bright tees, with the Liberty print pocket, are just what you need for the summer - when your standard uniform of black and grey is becoming a little too out-of-place.

They're a good price and made in Britain too. What's not to love?!

Check out the full range here. 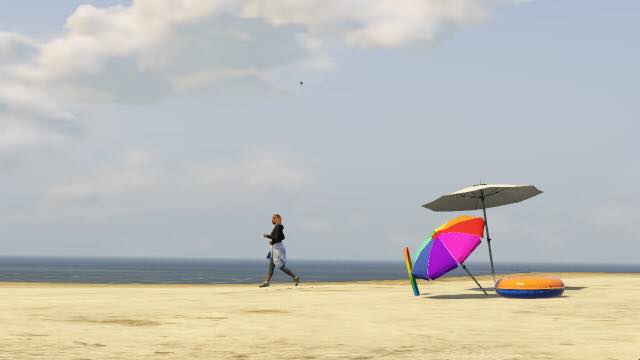 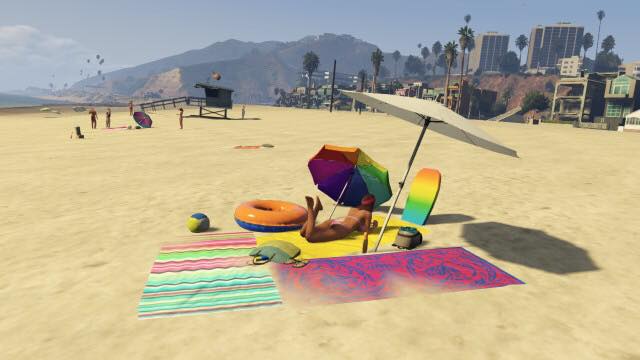 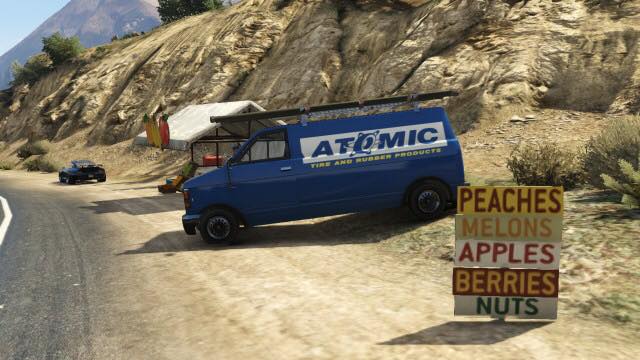 Grand Theft Auto (the game, not the crime) has come along was since its first incarnation where a tiny couple of ginger-haired pixels ran around jacking car-shaped oblongs.

At the time, GTA looked stunning though, especially as all I had to compare it to was the dot matrix Game Boy screen I stared myopically at, twiddling the contrast dial until all six dots of Mario were half-visible. 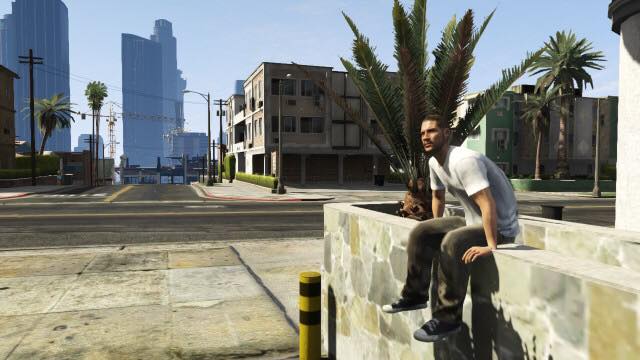 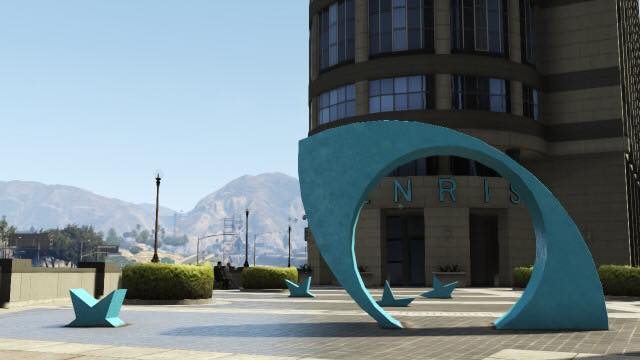 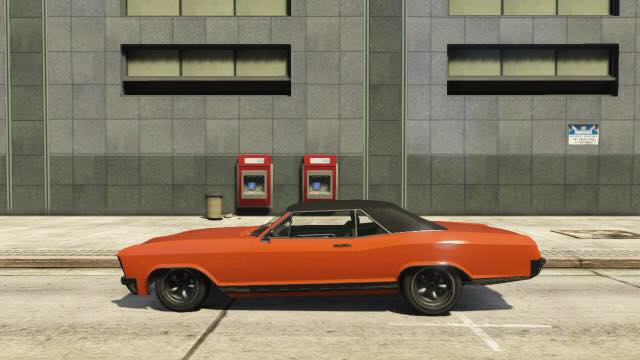 Nowadays, all computer games look ridiculously film-like, to the point where the Hollywood actor's union must be thinking of registering a protest, before they all become little more than voice-over artists.

My copy of GTA 5 is on the PS3, so doesn't look quite as polished as it could; however, Mat's coverage of Curtis McNally's photography from the game inspired me to take some shots of my own. Well, what else is there to do on a dreary Friday evening when everyone else is busy / has lives? 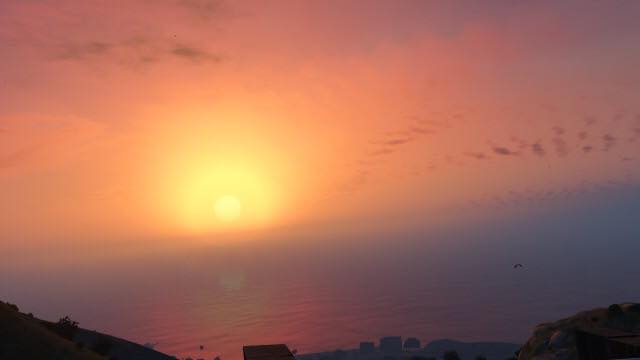 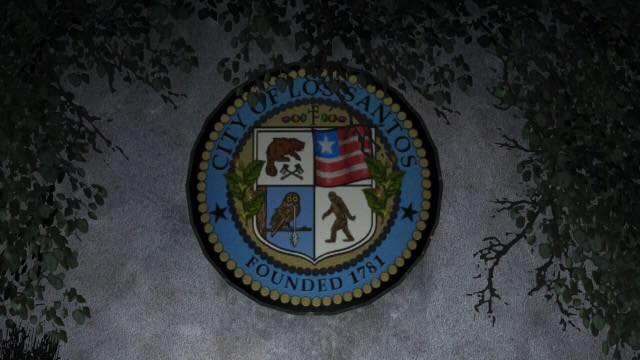 That's the odd beauty of this game. Put down the rifle, get out of the car, have a walk, and stuff just happens around you.

Firing up the Hipstamatic, I snapped away at a Porsche driver stopping to buy road-side fruit (I stole the car), joggers on the beach, a guy chilling on a wall (who then tried to shoot me), orange-glow sunsets, and trendy kids queuing for a club. 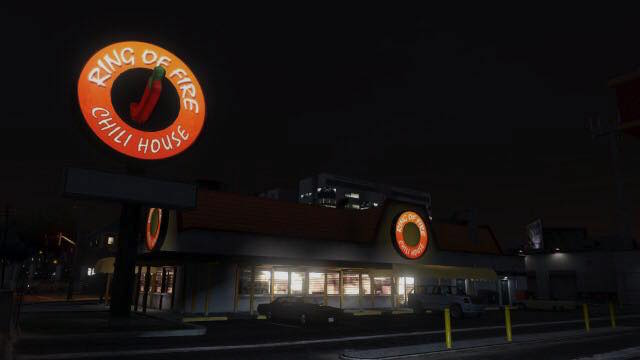 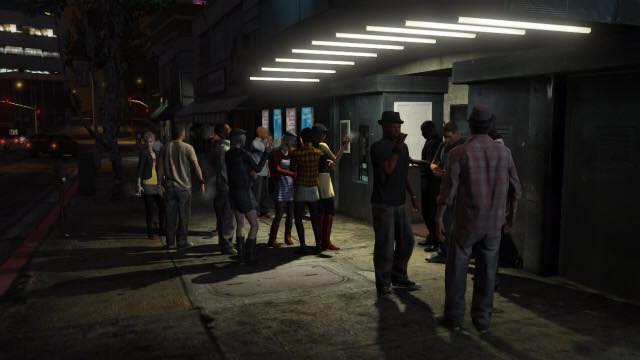 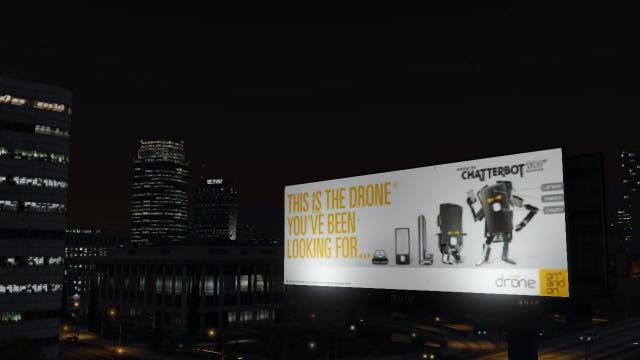 It's all happening in Los Santos! And with the camera app registered to Playstation Store and nothing to do on a Friday night, you can capture just a tiny amount of it. 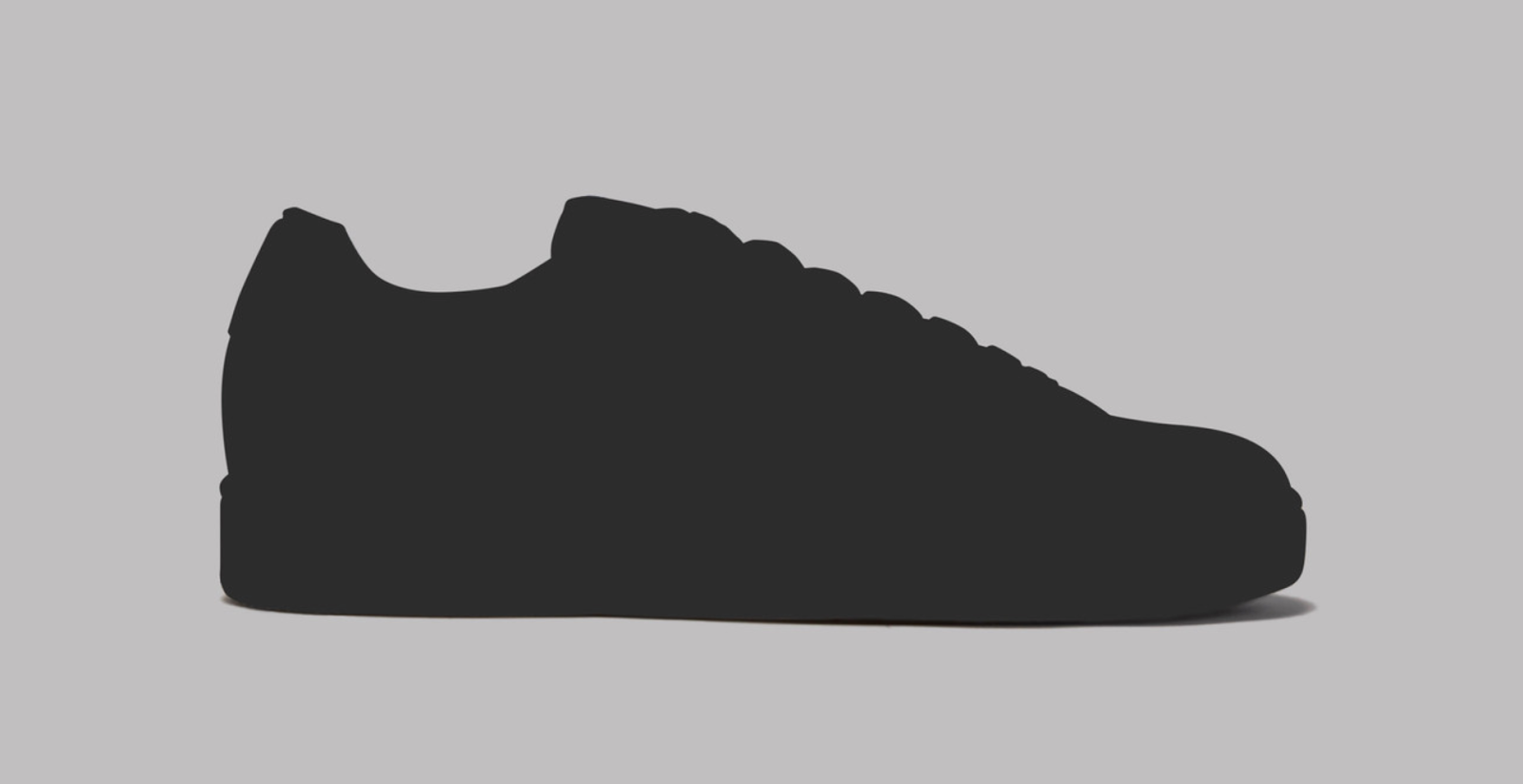 It's an interesting way to launch a trainer, not to give away a single detail - but that's exactly what the guys at Oi Polloi are doing.

For their latest collaboration there's no pictures, no details, just a silhouette of a shoe and a list of sizes. The shoe in question looks like a Stan Smith, but this time they're collaborating with Reebok, rather that adidas (although granted, Reebok are owned by adidas - so no harm there, surely).

Oi Polloi are planning a fairly exclusive launch party to reveal these trainers to the world. For your chance to win an invite, drop your email address on their site here. 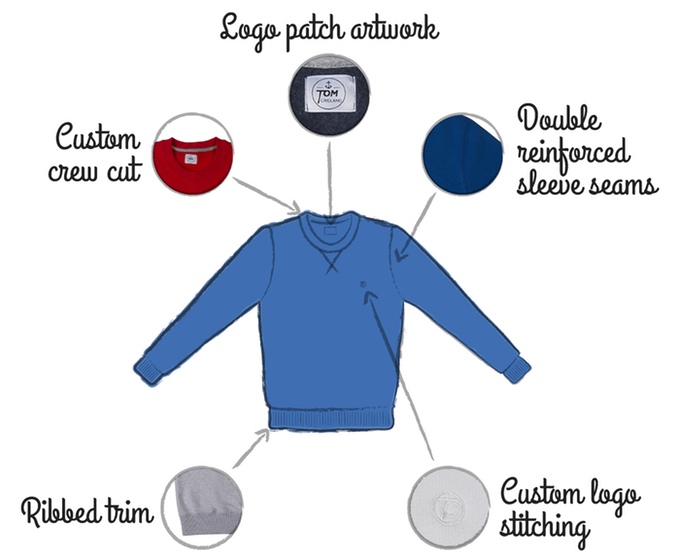 We've been without a washing machine for a couple of weeks. That means trips to the laundrette and digging out ageing clothes from the back of the cupboard.

Yesterday's item, for a trip to the climbing wall: a t-shirt from a Ricky Hatton vs Kostya Tszyu fight in Manchester...way back in 2005.

That's a 10-year old t-shirt! Is it the oldest item of clothing I own? Probably, is the answer - although, I have a few pairs of suspect looking socks that might rival that t-shirt for the crown.

Tom Cridland - a Cambridge based clothing company and, by total coincidence, the name of a guy I lived with way back when that t-shirt was brand new - are planning to challenge my ten year old t-shirt with a 30 year old jumper.

Thankfully, I'm still young enough that if I did own an item that was 30-years old, it would most likely be a bib or baby grow. However, in another 30...who knows. I could be ridding my hover board down the street, with stone wash denim, giant white Nikes, and that same jumper.

That's if they get funding. So drop them a pound on their Kickstarter and help make it happen. 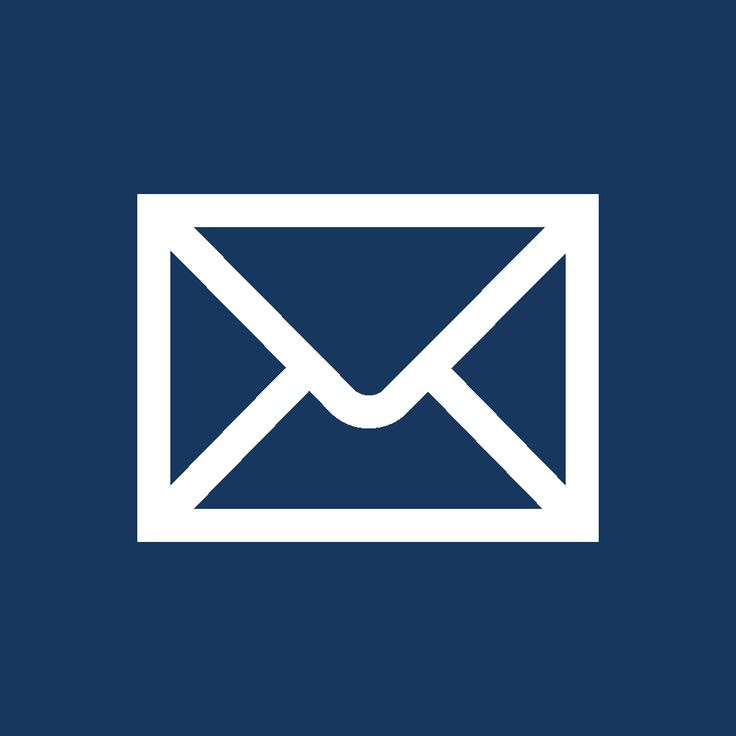 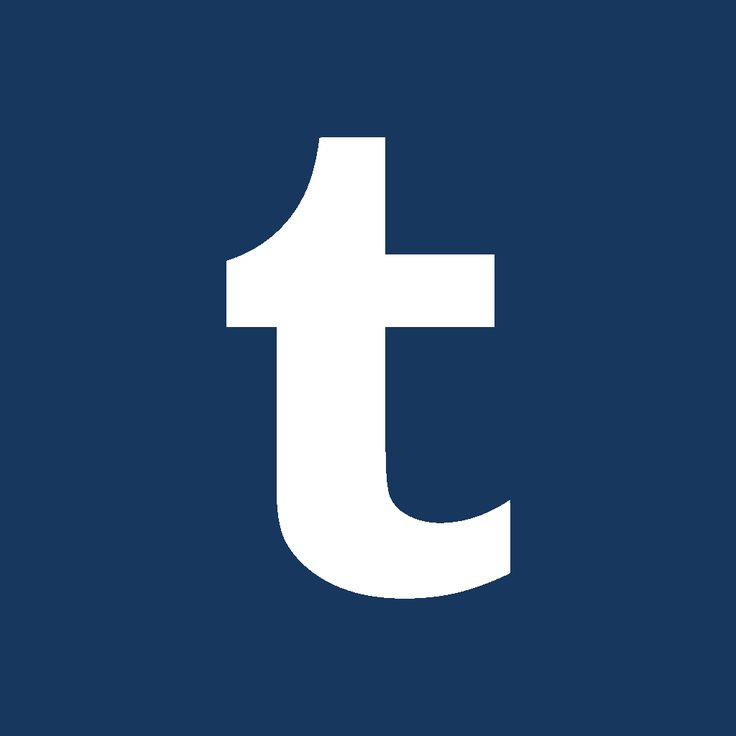 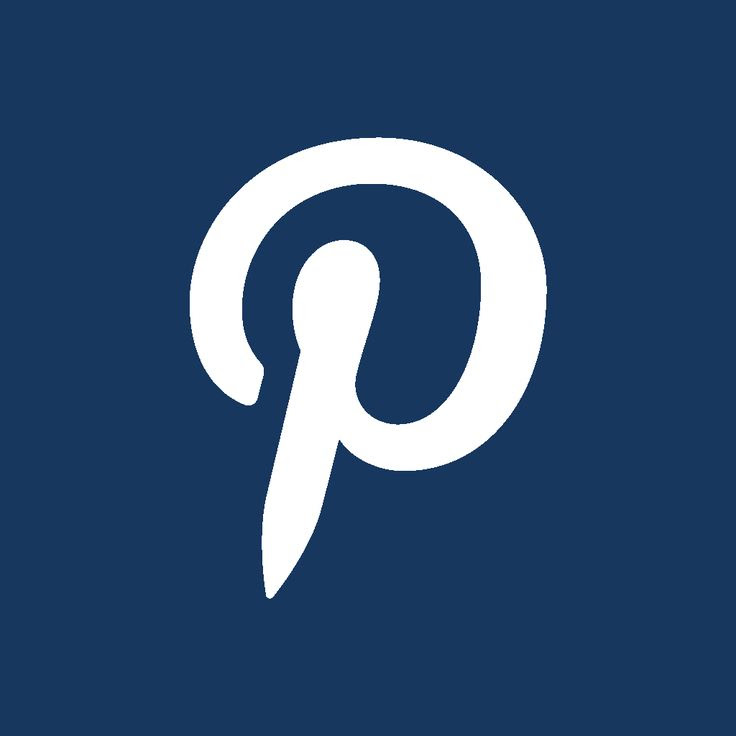 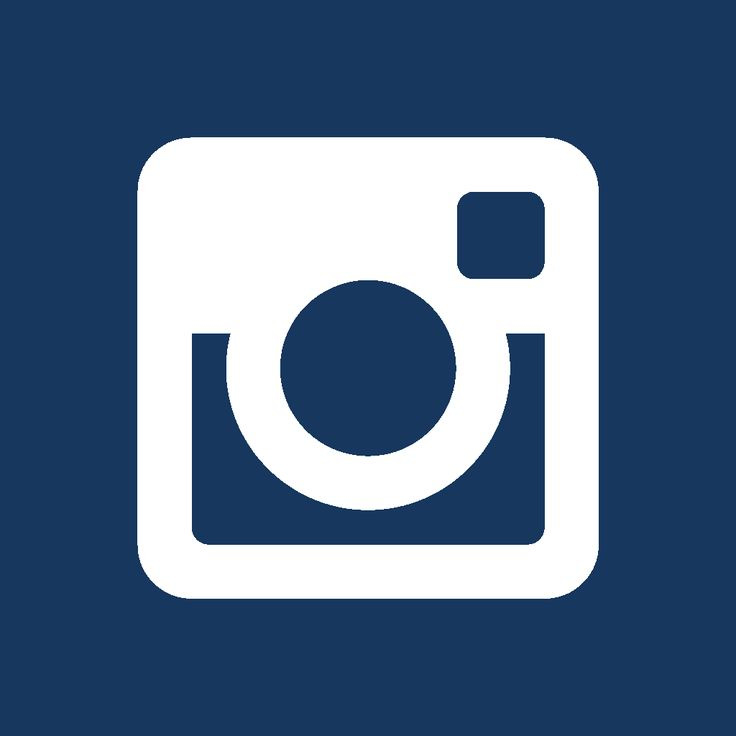 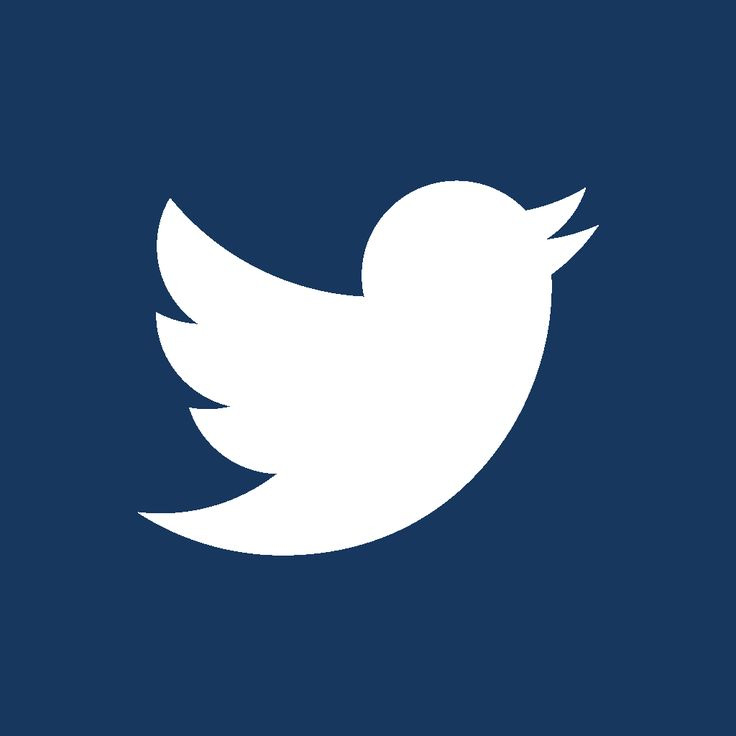 Heavy Denim is a fashion and lifestyle blog, covering menswear, travel, fitness, and anything else that takes our fancy.

Heavy Denim is edited by Nik Speller - a contributor to one of the UK's top fashion and lifestyle blogs: Buckets and Spades.

If you have something you think might be of interest to us, get in touch.

Occasionally, we feature paid posts. These posts are always marked with an *.